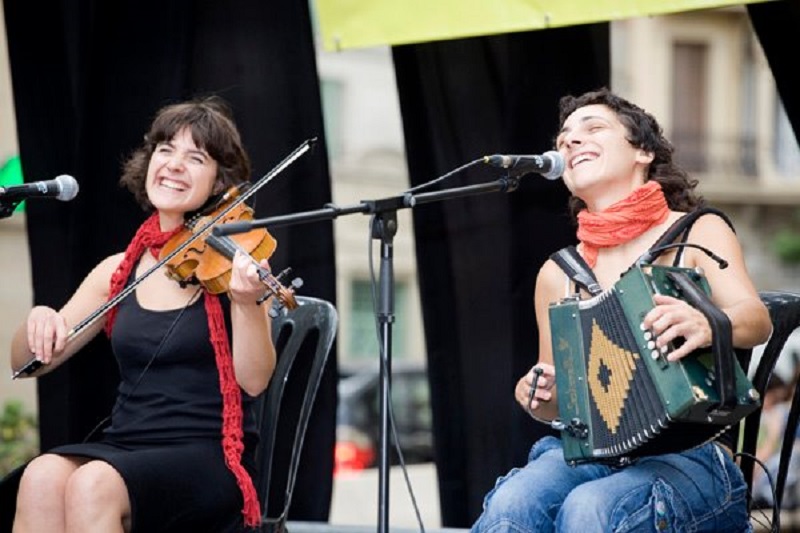 The Xàbia Folk festival (Javea Folk) is the most popular – and free – annual event celebrating traditional folk music in Javea.

If you enjoy discovering traditional Valencian folk music and flamenco, as well as the sound of traditional bagpipes, dulzaina double-reed wind instruments, the accordion and instruments from a range of world music disciplines – then Xàbia Folk is for you.

The event is organised by the Javea town hall (Ajuntament de Xábia) and features some of Spain’s most famous folk artists.

When is the Javea Folk festival?

Xàbia Folk takes place on select dates (usually the weekend) from the end of April through to mid May. Some Javea folk festivals have taken place exclusively in April and exclusively in May.

Where is the Javea Folk festival?

Xàbia Folk stages are set up across Javea, at the Casa de Cultura in the old town, in the Plaza de la Constitución, in the Parc del Montaner and at the Ermita de Santa Llúcia that sits atop a hill beside Javea.

What’s the highlight of the Javea Folk festival?

This, of course, depends on your taste in music!

Each Xàbia Folk festival will have a headline act, and depending on the year events can take place with breathtaking views from the Santa Llúcia hermitage.

Past editions of the Javea Folk Festival

Some 7.000 people attended the ninth edition of this popular rock music festival.

In 2022, Xàbia Folk celebrated its 20th anniversary. The edition was also the first celebrated without obligatory mask-wearing since the COVID-19 pandemic restrictions cancelled Xàbia Folk in 2020.

Depending on the year, and the councillor for culture, music stages have gone up in Javea old town squares, the riurau (traditional structure for drying raisins) in the Parc del Montaner in the old town and inside the hermitage of Santa Llúcia.

If you’re in Javea for Xàbia Folk and there’s a concert at Santa Llúcia, make sure to go in advance as the hermitage is small and seating limited. The hermitage only opens its doors once or twice a year during religious feast days and festivals so the Santa Llúcia concerts are popular among curious Javea residents and tourists.

Equally, when concerts are held at the Riurau d’Arnauda in the Parc del Montaner (above the Plaza de la Constitución) it’s usually the only occasion in which Javea locals get to visit the otherwise closed structure made of traditional tosca stone.

Here’s a list of some of the top folk artists who’s been at Xàbia Folk in the past:

You can see the posters of all previous editions of Xàbia Folk here.

You can see posters of upcoming Xàbia Folk acts in the months running up to April each year and displayed throughout Javea, while you can find detailed information about each act (in Spanish) on the Xàbia Folk website.