Every 9th October, the ‘Day of the Valencian Community’ commemorates the moment that King James I first set foot in the city of Valencia back in 1238.

The day has been celebrated in the Valencian region ever since its first centenary in 1338 – and is full of all the symbolism central to the Valenciano identity.

When is the Dia de la Comunidad Valenciana in Javea?

Where is the Dia de la Comunidad Valenciana in Javea?

The festival is a public holiday across the Valencian Community – but the most significant act takes place within the Ajuntament of Xabia (Javea Town Hall) in the old town of Javea.

What’s the highlight of the Dia de la Comunidad Valenciana in Javea?

Any visitors will likely enjoy the restaurants that stay open and have a lively atmosphere during the public holiday.

The day that saved Valencia from famine

One hundred years after King James I (in Valenciano known as Rei Jaume I) established the Kingdom of Valencia, the city found itself in a terrible famine.

The King of Aragon – Pedro VI – could not attend centenary celebrations due to ill health.

But the council of Valencia ordered a solemn procession on the feast day of San Dionisio (Saint Denis) on 9th October to seek forgiveness for sins.

Legend says that rains soon came, and Pedro VI determined that processions should take place every 9th October in celebration of both King James’ entrance into Valencia and the patron saint of lovers, Saint Denis.

This second meaning is the reason why more than 70 tonnes of marzipan is baked every year in Valencia city to make elaborate, colourful figures called mocadorá.

The colourful marzipans also date back to the early 18th century when King Felipe V – the Spanish Bourbon king who won the Spanish War of Succession – outlawed the 9th October festivities in the aim of creating a homogenous, Spanish identity.

Tradition says that Valencian bakers created colourful marzipans to represent the fireworks that typically filled the skies on 9th October, and this quiet protest lives on.

Symbols and legends of the Valencian identity

The Valencian flag can be seen flying above the doors of the Ajuntament de Xábia in the Plaza de la Iglesia in the heart of the old town.

The flag is commonly seen flying throughout Javea on the Dia de la Comunidad Valenciana.

It is called the senyera and carries the four horizontal red lines upon a yellow background – the traditional flag of the Kingdom of Aragon. The Kingdom once united all of present-day Catalunya, the Balearic Islands, Corsica, Sardinia, Provence and Montpellier in southern France, as well as the Kingdom of Naples and the Kingdom of Sicily in present-day Italy.

The Valencian senyera however carries a blue stripe on its left-hand side, typically decorated with a crown. This symbolism has existed since Pedro IV of Aragon granted Valencia the privilege of carrying the Crown of Aragon on its flag thanks to its resistance to Pedro I of Castille during the War of the Two Pedros between 1356-1365.

The legend behind the bat on the Valencia coat of arms

If you’ve looked at the emblem of the Valencian football team, or seen the Valencian coat of arms around the city, you may have noticed a bat.

What’s it doing there?

The symbolism dates back to the days when King James I marched south to re-conquer the Balearic Islands and the Kingdom of Valencia from Moorish rule (the Moors called the region Balansiyya).

But a prophet said the day the bat ceased to fly above Valencia would be the day the kingdom falls.

Such an event happened after King James I spent weeks trying to capture the kingdom without success. On the night before 9th October, a bat landed on King James’ crown – which he quickly seized.

The next day, King James walked into Valencia and soon swapped the dragon on his coat of arms for a bat.

What happens on the Dia de la Comunidad Valenciana in Javea?

Businesses and shops will typically close on 9th October in Javea.

Despite this, most restaurants and bars will remain open to cater to local and visiting crowds on one of the last public holidays of the year.

Perhaps the most significant ceremony takes place within the walls of the Ajuntament de Xábia.

As is tradition in Valencia since 1365, the mayor will offer awards to Javea locals for ‘solidarity’ and ‘civic’ achievements.

Despite the ancient traditions of the Dia de la Comunidad Valenciana, the date has only been officially a public holiday in the region since the creation of the Estatuto de Autonomía which established the autonomous community of the Valencian Community following Spain’s transition to a democracy.

Apartment in Javea Spain For Sale 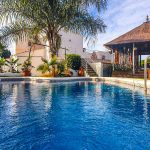 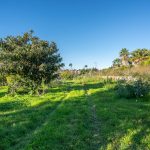