The Bonfires of San Juan 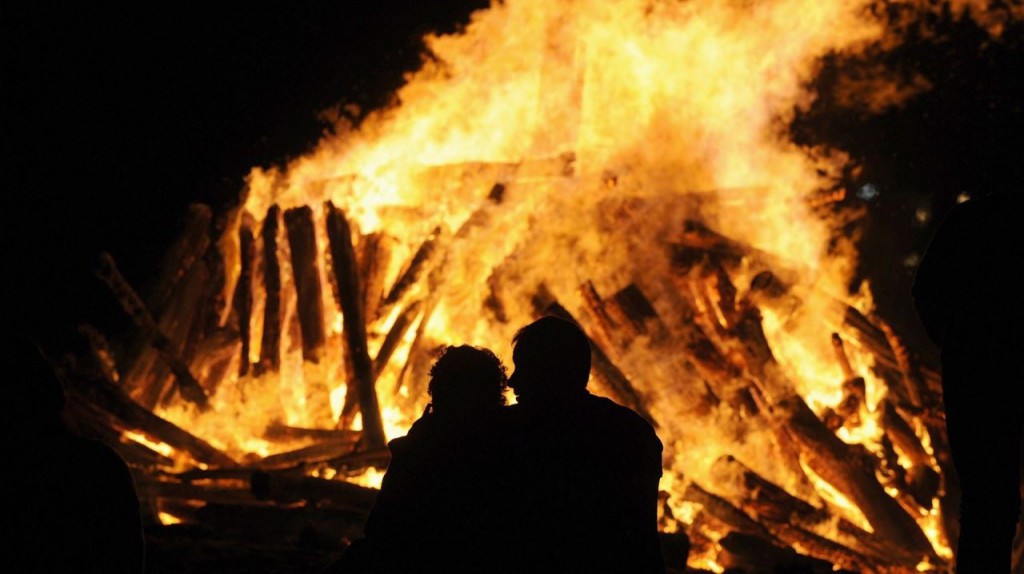 The Bonfires of San Juan or ‘Les Fogueres de Sant Joan’ is a fiesta that takes place annually in Jávea. This fiesta is not for the faint hearted! Including bonfire jumping, being sprayed with a fire hose and chased with fireworks, this fiesta is sure to get your blood pumping! Normally occurring between June 13 to 24, San Juan in Jávea dates back to 1949, when a group of friends noticed that many people would travel to Valencia in order to see and celebrate their bonfires.

They thought it would be a good idea to bring the festivities to Jávea, so the next year they decided to light their own bonfires! Along with the fires, there was also bull running in the Old Town, local bands, parades with floats, fireworks, mascletás, foguera cremà (large effigies are burnt in front of the crowd) and more! The location of the first bonfire of Jávea was in the Placeta del Convent with a children’s bonfire lit in the Plaza de la Iglesia.

Video of the Bonfires of San Juan

History of the Bonfires of San Juan

It was from all of this that the first commission was made, comprising 37 male members, in order to raise money for the fiesta. The commission began organising events under the name ‘Party in the Air’, named after a popular radio program at the time. These events were held at the old ‘Espinós Cinema’, in which local young people would perform songs and productions on stage. These nights were so popular that they went on until the late 60s!

Since then, the event and festivities have grown and grown into the beast that it is today! ‘La Nit del Focs’ or The Night of the Fires takes place on June 23rd in which locals fill the Historic Centre and are encouraged to take part in the event by leaping through the small fires situated along the streets. Later in the night, members of the event light enormous sparklers and proceed to rain down hot sparks atop the crowd. As previously mentioned, this isn’t for the faint hearted as what can only be described as pandemonium ensues, as the onlookers run from the hot sparks in their droves. You have to see it to believe it!

Once the locals have been ‘corralled’ into the clearing located on the Camí de les Sortetes, the final and largest bonfire is lit. Made up of old furniture and junk, the flames of this bonfire burn hot and high, eventually requiring a local fire engine to begin spraying the public, to stop them from overheating! The final addition of the evening takes place in the Plaza de Constitución, in which there is an enormous fireworks display accompanied by loud music, captivating the crowd. This is a night that you will NEVER forget!

The final night of the Bonfires of San Juan

The final night of the fiesta takes place on the 24th of June and is called La Nit de la Cremá or The Night it Burns. On this day, another parade occurs early in the day in the Old Town followed by the great mascletá in the Plaza de la Constitución. A mascletá is similar to a firework display, however, there are no pretty visuals high in the sky but instead a seemingly never ending assortment of firecrackers, all detonating one after the other, turning the Plaza into something reminiscent of a battlefield!

The ‘Bangs’ can be heard all throughout the Jávea and often leave onlookers with their hands clasped tightly over their ears! Later in the evening at roughly 11 pm, the local children gather in the Plaza del Convent Placeta in which a hand made effigy is set ablaze to the delight of the onlookers. At this point a large percentage of the local children go home to bed, whilst the adults head over to the Plaza de la Constitución to watch the same thing again, except this time on a much grander scale, as a vast effigy is once again set ablaze.

All in all, it’s an absolutely crazy event that should be missed by no one… you won’t find anything like this elsewhere!